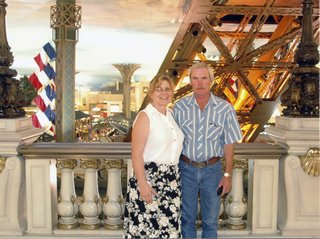 Had a great trip and did a LOT of walking.... great to be home, especially to find out it rained plenty while we were away.

Click on the title above to see some of our photos.

a few cell phone shots
Posted by wourpet at 6:34 PM No comments:

What I bought on Ebay
Posted by wourpet at 10:27 AM No comments: 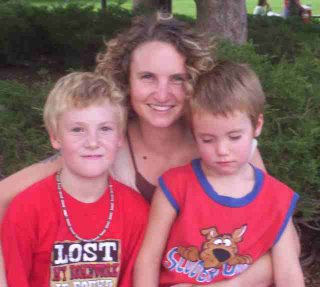 On Friday I found out how long it takes to drive to Denver -- and back. Jim's daughter was en route from Oregon to North Carolina with a layover in Denver. I decided it was a good chance for me to finally meet Alissa and the boys. I left here right around 5 a.m. and arrived in Lafayette (just north of Denver) at 1 p.m. After a great visit, lunch and some time in the park at Boulder I headed back home at 6:30 p.m. and was back home and glad to be crawling back into bed at 1:30 a.m.

Posted by wourpet at 2:55 PM No comments:

Posted by wourpet at 8:10 AM No comments:

The email shows two orders in, tomorrow would be more

While cleaning up the clippings she pulls hoses to and fro

Without the extra water most the plants would fail to grow

Another order soon comes in while on her site she works

And always in the background, the admonitions lurk

She hears about her laziness, her failure to be neat

She hears that spending money is to bring her to defeat

Make lesson plans, fill orders and do other jobs when asked

En route now from the bathroom, the laundry fills her arms

She pulls clothes from the dryer as the iron quickly warms

Still hearing voices tell her that she never does enough

Her classes will be starting and she needs new handouts done

While in her head she calculates the profits to be made

She shuts the waiting iron off as plans begin to fade

It’s getting close to dinner time, a meal to be prepared

While loading up the dishwasher she feels that she has lost

Accomplishments were broad and wide and yet she missed the most

She sits beside him on the couch, her first rest of the day

Yet relaxation passes by as plans get in the way

Tomorrow if she finds the time the dusting will get done

Finish up the orders and get them on their way

Tidy up the counters where the piles of papers lay

She drags herself to bed that night, her mind and body spent

Ashamed of all her failures asking where the hours went

An ugly thought invades her dream, not one she wants to keep

That when her breathing stops and her heartbeat is no more

They write upon her tombstone, “She didn’t sweep the floor”

nothing will work in my settings until I post something so here it is --
Posted by wourpet at 8:52 AM No comments: